WAR OF THE WORLDS graphic novel in concert

Here‘s a report about my WAR OF THE WORLDS graphic novel concert on September 23rd!

One day after the birthday of famous author H.G. Wells – and exactly on MY own birthday 😉 – I had a book reading together with live music played by Jörg Walter at the grand hall of the church of St. John (Johanneskirche) in Berlin.

After intensive rehearsals Jörg Walter and me had come to a very special reading: While I was reading the dialogue of some scenes in the book (on display by a beamer), Mr. Walter was improvising period music especially composed for the event, on a contemporary concert reed organ.

By doing so, he made use of leitmotifs he had composed for several elements in my adaption of the famous Wells novella: There was one for Robert, the protagonist, another one for the martian aggressors, and one for a general mood of ‘hastiness‘, for example.

While he played the motifs and variations of the them, I was reading the scenes, and for the presentation had cut some comic book pages down to single panels, sequentially on display (sometimes we were showing whole pages, too, where it seemed the better option – for example when there were scenes without dialogue and the music therefore was the main event on the page). I left out all the balloons because I wanted the audience not to be distracted by them while someone is reading their text and simultaneously music is played. We wanted the people to be able to concentrate on the music, the pictures and my voice. That was something new, I guess, because usually comic book readings are done with the balloons visible.

After the reading, I gave an introduction into my working process and the making of the comic. Together with the musical and reading event before, people told me they were totally surprised by the amount of work that is put into a comic and the extent of my research for the setting of WAR OF THE WORLDS.

After that, I answered some questions about my work and then I went over to the book table – hosted by the local Haberland book shop – and signed copies. There also was a bar where we had wine and non-alcoholic drinks :).

We all, the audience, Jörg Walter, the church (there was no entrance fee, but free-will money collecting that went to them as a donation), the bookseller and me, were very satisfied with the whole evening :). Thank you Dorothee Bernhardt for the wonderful photos!

And we are looking forward to repeat this event on February 24, 2019, at the Advent church at Berlin-Prenzlauer Berg! I will keep you posted about the details of that! 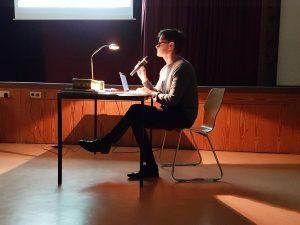 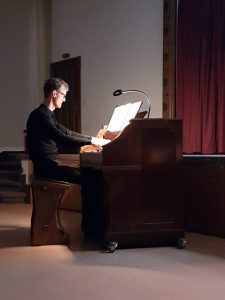 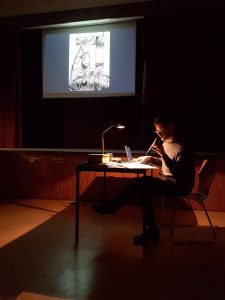 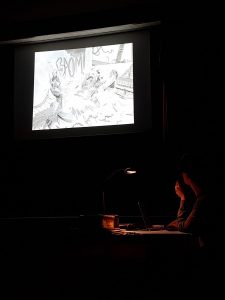 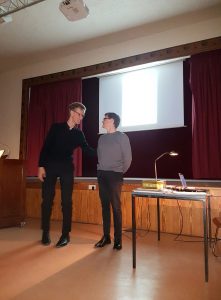 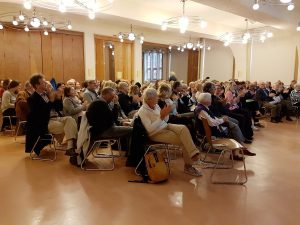 WAR OF THE WORLDS new German EDITION at Carlsen Comics

Emils Cabinet – an Exhibition about my Great-Grandfather’s File Storage