20,000 Leagues under the Sea Graphic Novel 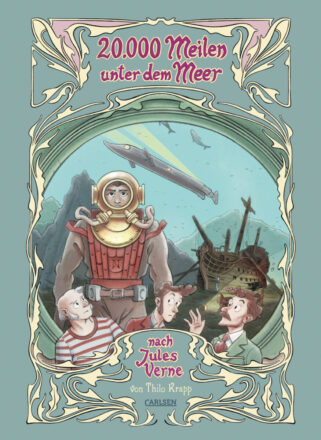 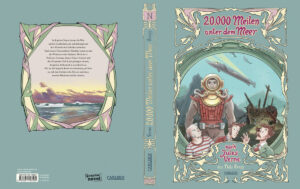 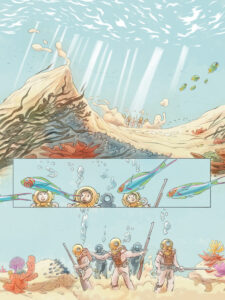 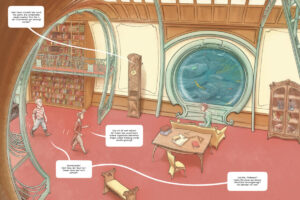 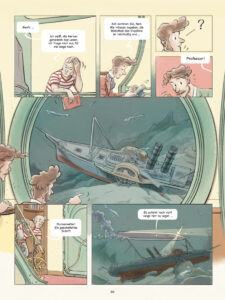 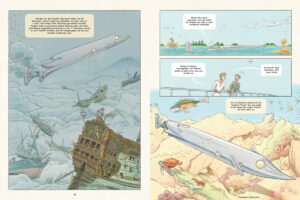 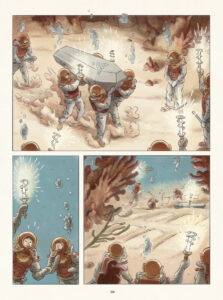 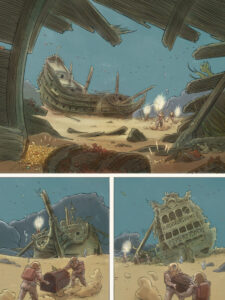 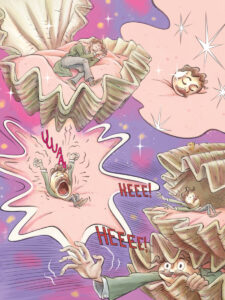 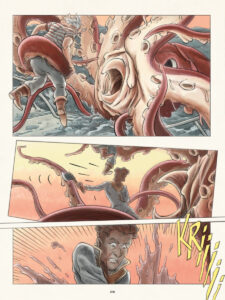 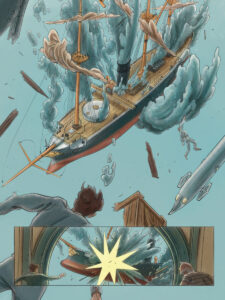 Anger burns in Captain Nemo against humanity, which is at war and ruthlessly exploits its environment. Thanks to his submarine, the ‘Nautilus’, he calls the oceans his home. But when he captures Professor Arronax, his servant Conseil and the harpooner Ned Land, the outside world invades his aquatic kingdom. An adventure begins for all of them, in which they must face the dangers of the sea and their inner demons.

After my adaptation of WAR OF THE WORLDS was published in 2017, the question was which new comic project I wanted to pick up. And since old science fiction classics seemed to suit me, the idea quickly arose of tackling the second greatest novel (in my inner pantheon) of this genre: Jules Verne’s wonderful underwater world tour from 1869/70, in which he brings us the wonders of the sea and the abysses in man equally close. To do this, I carefully examined Verne’s material for things that I absolutely must keep and bring into the adaption as well as what I can change – and what I can even expand (environmental questions or the bromance in the novel for example!).

The very comprehensive adaptation is completed by a sketch appendix, which illuminates the background of the artwork (for example the creation of the design of the ‘Nautilus’) and rounds off the graphic novel on a high level both in terms of content and aesthetics.