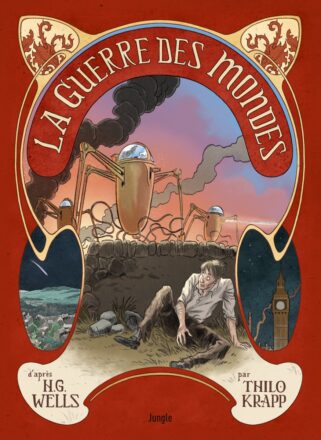 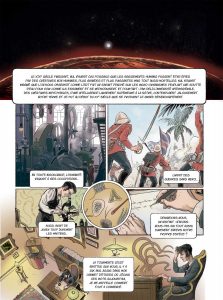 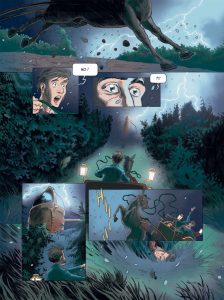 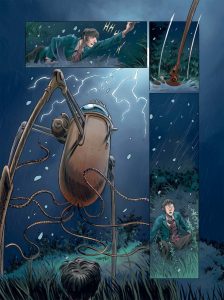 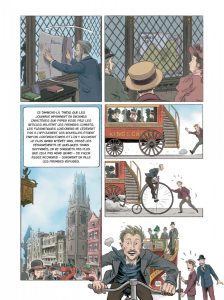 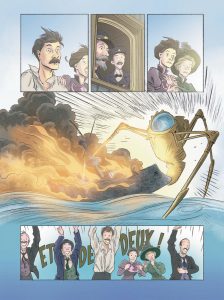 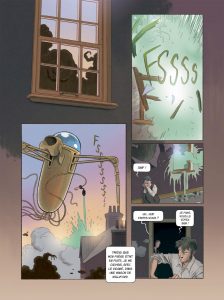 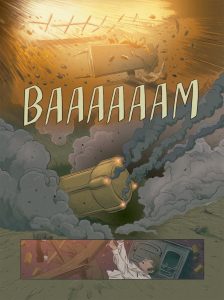 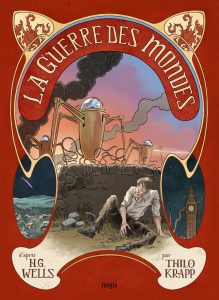 In this French edition of my WAR OF THE WORLDS graphic novel, we are lead into the late victorian era in the little town of Woking, a suburb of Greater London, where a strange cylinder falls down. Robert Ingram, a philosopher, witnesses extraterrestial life stepping out of the vehicle, building towering and walking tripod machines that destroy everything in their path. The military forces of the strongest nation on earth are defenseless against them: heat rays and poisonous gas are the answer to any means of trying to save civillian life in rural Britain and the cities. People flee, and so does Robert, trying to get back to his wife that he got separated from in the ‘massacre of mankind‘.

H.G. Wells wrote ‘The War of the Worlds‘ as a social commentary to the act of colonialism of his time: What if the nations that subdue other nations and feel utterly superior to them get overwhelmed themselves? What will it do to the self-conscious modern civillian of the western nations?

I am glad that this comic is available now in a French version with colors by Xavi M. Montell.