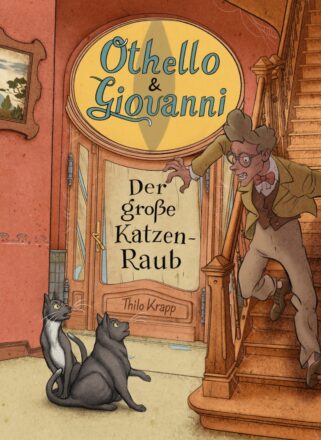 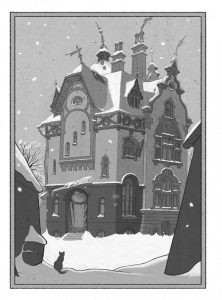 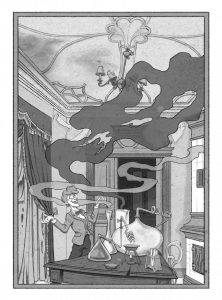 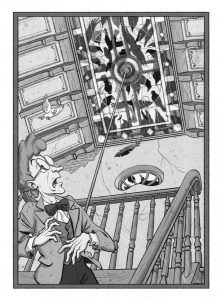 ‘Othello & Giovanni – The Great Catnapping’ is a children‘s book for kids from 8+ that I wrote and illustred myself.

Othello and Giovanni, two tomcat brothers, are enjoying their lives at the Löwenberg’s home, with Othello always being lucky in catching a nice prey and Giovanni mostly being bad at that. That’s why he doesn’t join Othello one night on his hunting trip near the ‘Great Border’, as the cats name the most far-strechted distance from their home which they would normally never exceed. But Othello doesn’t return next morning. With every attempt of the humans failing, Giovanni decides to search his brother on his own – and faces an adventure he’d never imagined to be able to cope with! On his way, he meets a goldfinch with a diva attitude, a proud horse once been a race champion, a crazy catwoman and a lot of cat buddies – and finally has to get his brother out of the hands of a mad scientist.